San Jose is embarking on an ambitious plan to transform the Diridon Station Area into a vibrant destination with new housing, shops, and jobs, parks, trails and public spaces, and pedestrian and bike connectivity, all adjacent to a major transit center.

Check out SV@Home’s Housing Vision for the Station Area, which we believe should include at least 10,000 new homes, of which 25% should be affordable. See the link for our additional recommendations for creating a successful, housing-rich Diridon Station. 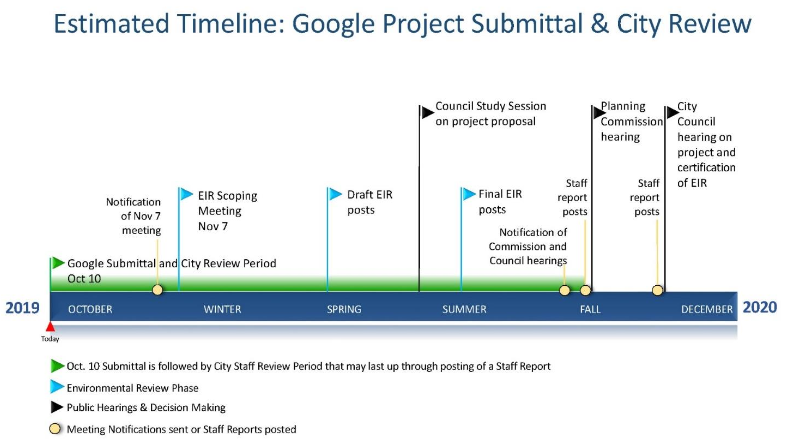 Diridon Station is expected to be home to multiple modes of transportation, including BART, High Speed Rail, Bus Rapid Transit, and an electrified CalTrain, along with existing transit that includes the Capitol Corridor, ACE, AmTrak, and VTA Light Rail.Â  This provides aÂ unique opportunity to build a mixed-use development with significant new housing options for the new workers.

The City originally adopted the Diridon Station Area Plan and the associated Environmental Impact Report in 2014, back when there was discussion of development of a new major league ballpark in the Area, plans that have since been shelved.

In 2017, Google approached the City with a vision of building an estimated 6 to 8 million square feet of office space in the Diridon Station Plan Area, which could house approximately 20-30,000 jobs. In December 2018, the City Council voted to sell City-owned property in the Station Area to Google. Google has also purchased many surrounding properties within the Area.

On October 10, 2019, Google submitted its official application to the City of San Jose. More details are available here. SV@Home is excited that the application includes the potential for up to 5,900 new homes!

In addition to the Google development, many other projects are being pursued in the Station Plan Area and in surrounding Downtown neighborhoods. This includes TMG Partnersâ and Valley Oak Partnersâ million square foot office building that could house approximately 5,000 workers in the Station Area Plan and and an 850K square foot office that could house 4,000 workers at Museum Place, just outside the Station Area. Adobe is also planning a new 18-story tower that could house 3,000 new employees in the Downtown. The bottom line is that there are lots of new jobs being added in and around the Diridon stationâand all of these jobs need homes.

Look for opportunities to engage in the Diridon decision making on SV@HomeâsÂ advocacy page.

Act now! Senate leadership must include rental assistance in the next stimulus bill.

A secure, safe, and affordable home is more important than ever.

Join us throughout May for webinars, movie screenings, book clubs, virtual affordable housing tours, and more! Learn what you can do to make Silicon Valley a more affordable place to live for all of our neighbors.