On Monday, April 9, the Palo Alto City Council voted to adopt an Affordable Housing Overlay (also known as an Affordable Housing Combining District) Ordinance which will unlock new opportunities for much-needed affordable housing development in Palo Alto. Â SV@Home applauds the Council for taking bold action to respond to hundreds of community members who called upon them to act immediately. Read SV@Homeâs comment letter in support of the Overlay Ordinance.

After nearly five hours of public comment and contentious Council debate, the Council voted 7-2 (with Councilmembers Holman and Kou dissenting). Â The overlay is the first legislative action taken by Council to implement the solutions it committed to in the Cityâs 2018 Housing Work Plan. 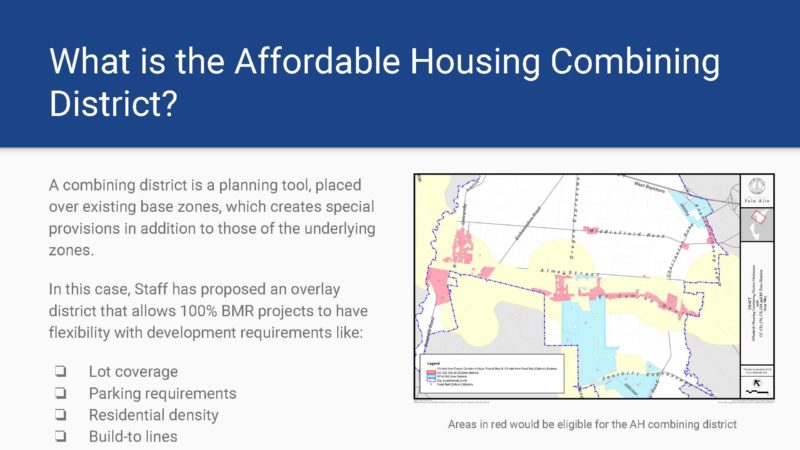 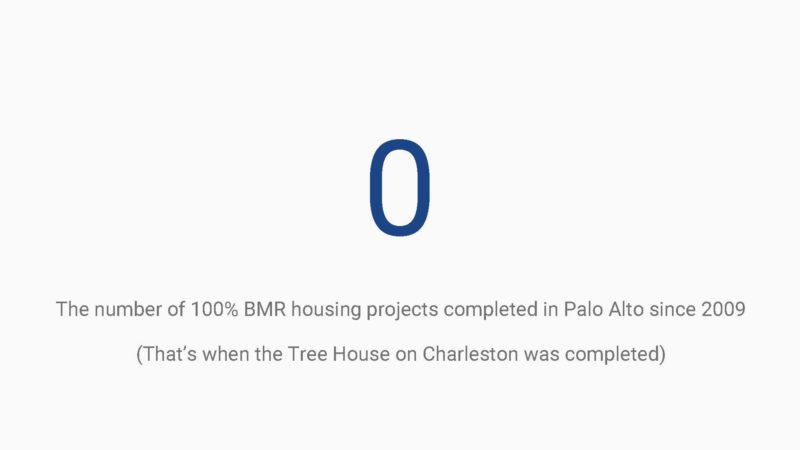 Hereâs why the Overlay is important:

We thank the many organizations and individuals who brought this victory home through their advocacy, including (but not limited to!) Palo Alto Housing, Palo Alto Forward, and League of Women Voters Palo Alto.Â  As a follow up, the Council voted to explore additional measures that could expand the effectiveness of the ordinance, including expanding the Overlay geography to other zones and the possibility of allowing additional Floor Area Ratio to projects using the Overlay, so this issue will come back to the Council for future discussion.Â  Additionally, several Councilmembers and Planning and Transportation Commissioners signaled support of by-right approval of low-income housing developments — an idea that we strongly support and hope to be agendized soon.Â Â