Housing advocates can help ensure Housing Element plans meet state requirements by reviewing each jurisdictionâs housing element in detail to evaluate it for feasibility. This process is focused on the ways that cities can appear to be in compliance with housing element law while encoding barriers to permitting and economic feasibility.

One required component of a Housing Element is the site inventory. This is a listing of parcels within the jurisdictionâs boundaries that are adequate to hold the RHNA allocation for that city. Some of the ways parcels in the site inventory can be made infeasible are underzoning, overzoning, including parcels with institutions like churches or schools that are unlikely to relocate, mega projects (oversized sites), and including parcels in historic areas that would face strong resistance.Â

Often, a simple review of the parcel address via Google Street View can reveal these types of conflict:

Underzoned parcels have existing buildings, and are zoned for the same or slightly more units of housing than are currently there. Underzoning results in parcels that are not economically feasible for development, since a developer will be unlikely to recoup the costs of building there. Zoning should double or triple what is currently on the site.

Overzoned parcels are zoned for a very high density that would require a high-rise building to hold, and may be located in areas without suitable infrastructure. Highrises are only economically feasible to develop when they are within a quarter mile of high-capacity mass transit, such as a rail station, or in cities where the median home price is over $1 million.

Megaprojects are very large sites that may be developed in phases, and are too large to complete within one 8-year RHNA cycle. If the entire development is unlikely to be completed within eight years, only the feasible phases should be counted in that cycleâs site inventory.

Institutions include churches, colleges, and other large, stable organizations with existing buildings. Because they are unlikely to relocate in the short term, this land will probably not be feasible for development.

Other parcels that may be included in the site inventory but are not feasible to develop are sites in historic areas, parcels with existing long-term leases, and sites with existing affordable housing where development will not result in a large net increase of affordable units.Â

Two types of zoning that will impact site capacity are form-based zoning and density limits. If a parcel is part of both the General Plan and a Specific Plan, the zoning requirements for both plans will apply to the site.

Upper floor step-backs are common where a taller building is adjacent to single-family homes, and are intended to reduce the visual impact of a building. Setbacks are the distances required between the building and the edge of the lot on each side. Building height limits will dictate the maximum number of floors in the building, typically ten feet of height per floor.

Parking requirements may also be potential barriers to economic feasibility, as excessive parking spaces can reduce the number of housing units on a site, and underground parking is extremely expensive to build.Â 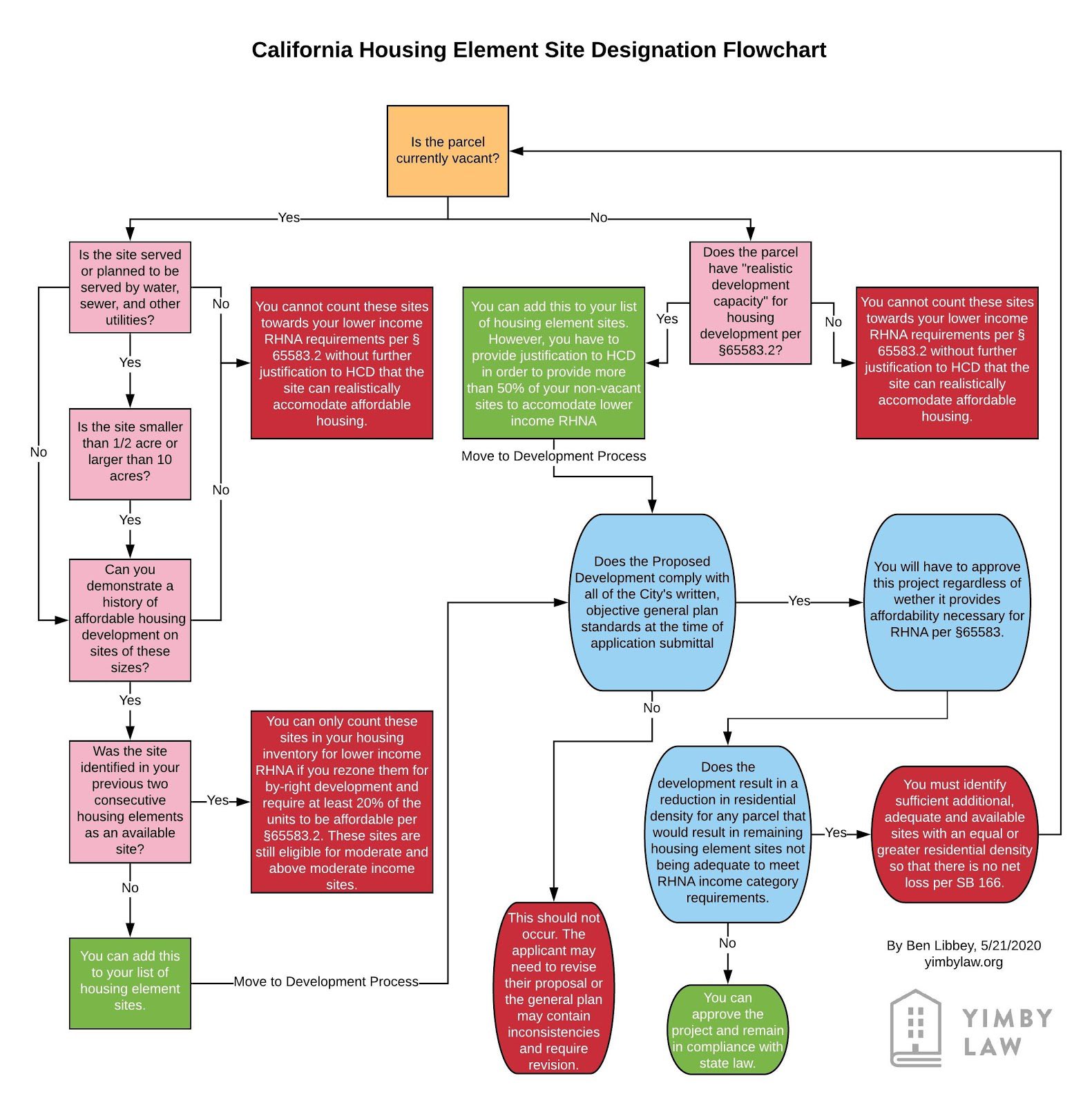